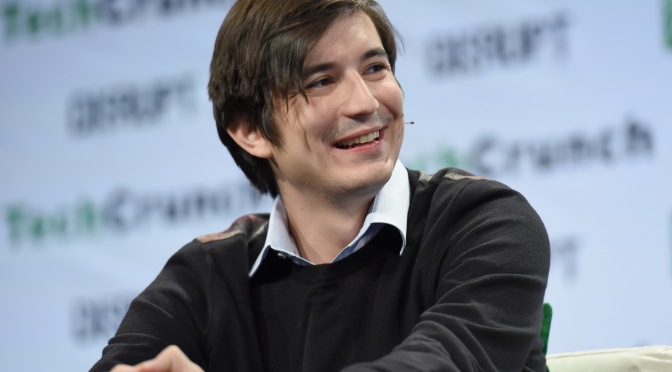 In his mid-20’s, Vladimir Tenev lived in New York City. His apartment was tiny and spare. All his time went into his high frequency trading startup. Then mom came to visit.

When she saw his shabby surroundings, she began to cry. She told him she had a friend who worked at Macy’s. Maybe, she could get him a job there.

It must’ve taken great fortitude for Tenev to push ahead with his own business, despite few signs of success and the anguish it caused his family. But push ahead he did. Today, the company he built, Robinhood, has over 13 million users and plans to IPO soon at a valuation of around $40 billion. Tenev’s net worth exceeds $1 billion.

Tenev came to the United States as a child from Bulgaria and attended the elite Thomas Jefferson High School for Science and Technology, which US News ranks the best public high school in the entire country. What would’ve become of Tenev if he had stayed in Bulgaria? He might have had a very normal life. But giving this smart kid a superb education and access to a great entrepreneurial ecosystem turned him into a billionaire executive.

Tenev didn’t stop learning when he finished school. He taught himself to write iOS apps by watching free Stanford courses online while commuting on the Caltrain. It really shows you what a person can accomplish learning on one’s own for nothing now that knowledge is much more freely available.

Robinhood faced numerous obstacles along the way, but Tenev and co-founder Baiju Bhatt blasted through them. It took two full years of constant work to build their product. Venture capitalists were highly skeptical of their business. How could they make money without charging commissions? How could they beat giant competitors like Etrade and Charles Schwab? And could a couple of math guys make a beautiful consumer product?

But they kept pitching, and ultimately raised $250,000 from Google Ventures. Tenev couldn’t even get a job interview at Google 4 years prior. What if he had let that discourage him from ever approaching Google for an investment?

Just days before a meeting to approve a critical license Robinhood needed to operate, they were still $500,000 short of the required capital. Only the birth of an executive’s baby saved them by providing an excuse to postpone. By the new date, Tenev had raised the money.

A key lesson for startups: Robinhood didn’t worry about monetization until it achieved a large user base. It was confident that, like Instagram, winning enough users would give them all the opportunities for revenue they’d need. And they couldn’t put the cart before the horse.

What sticks out to me most about the Robinhood story is Tenev’s perseverance. At first, his business looked laughable. Later, it gained a bit of traction but faced seemingly insurmountable obstacles in fundraising.

But he just keep pushing, day after day. Now, 11 years after he started his first company, he sits at the helm of one of the hottest startups in the world.

For more on startups, check out these posts:

The dating app Bumble recently went public, making founder and CEO Whitney Wolfe Herd a billionaire at the ripe old age of 31. I heard an interview with Herd a while back, and her genius at marketing really struck me.

She had just created Bumble…now, how can she get anyone to sign up?

This is incredible marketing genius, even if it involves a little white lie. Hurry boys, and you can have all the ladies to yourself! (What man will say no to that?) Quickly girls, the most desirable boys are waiting for you! With 2 meetings, she solved the problem of how to get enough people on the app to make it a real network.

This interview is truly a master class in marketing and worth a listen in its entirety. The quote above is from about the 10:10 mark.

I only wish I had been in on that IPO!

If you found this post interesting, please share it on Twitter/LinkedIn/email using the buttons below. This helps more people find the blog! And please leave a comment at the bottom of the page letting me know what you think and what other information you’re interested in!