Few people did better during the pandemic than Tobi Lutke. The Shopify founder signed merchants to his e-commerce platform at a record pace, doubling revenues in 2020.

It was all systems go. Lutke hired like crazy to meet demand and locked up every server he could.

In an excellent episode of This Week in Startups, Lutke tells us what it was like to guide his company through these heady times.

Employees were so distracted that Lutke had to make a rule: anyone caught checking the stock price had to buy donuts for everyone. Tim Horton’s, if you please.

But as the pandemic receded and stores reopened, consumers retreated from e-commerce. This left Shopify overbuilt and overextended.

Lutke was in a position he’d never been in throughout Shopify’s heady expansion. He had to do layoffs.

Shopify laid off 10% of the company this summer. For Lutke, the decision was wrenching.

Because Shopify had expanded ahead of demand. When demand dropped, that left Lutke with no choice but to lay off workers.

However, many of those workers would’ve never had the job in the first place had Lutke not expanded aggressively. And as well-paid tech workers, they’re likely to land on their feet.

Shopify’s tough times show how even large businesses struggle. A company with a $200 billion market cap can see its stock crushed and be forced to do layoffs just months later!

In all, I think Shopify is well positioned for the long term. It focuses on providing amazing service and doesn’t copy merchants’ products like Amazon.

When your livelihood depends on a platform, you want someone you can trust. Shopify fulfills that role better than Amazon.

I also commend Lutke for building a more honest culture at Shopify than most companies. He calls Shopify a team, not a family.

We all know the “family” rhetoric is nonsense. I have to give Lutke credit for telling it like it is.

I think his employees will too!

What do you think of Lutke’s leadership during the pandemic? Leave a comment at the bottom and let me know!

When Are You Ready to Raise a Seed Round?

How to Avoid Scams, Find Investors, and Lead Like the Best

The Founders: The Story of PayPal 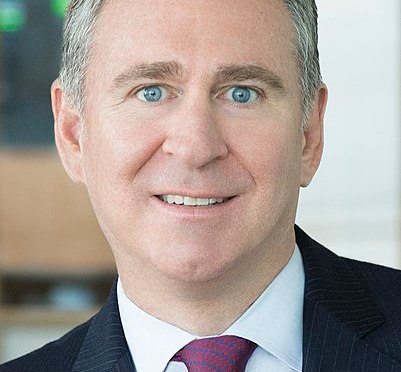 Shortly after publishing this post on March 29, I received an e-mail from an analyst at TrailRunner International. The firm handles “media, law, finance, and regulatory affairs,” according to its homepage.

The analyst informed me that the article from New York Magazine on which I’m commenting in this post had had a correction after I published my post. New York Magazine had incorrectly stated that the NYSE was investigating Citadel itself.

In fact, the NYSE investigation is of the price activity in Shopify shares, rather than of Citadel itself.

Since the analyst’s request seemed well-founded, I updated the post below to reflect this change to the underlying article.

I asked the analyst if his firm had been retained by Citadel and, if so, if I could speak to someone there.

He neither confirmed nor denied that his firm had been retained by Citadel, but said he’d pass the request on to them.

I can only assume the firm is working for Citadel.

Whatever any of us may think of Citadel’s business practices, I try to be fair on this blog. Hence the update to this post! 🙂

The New York Stock Exchange (NYSE) is investigating a sudden spike and crash in Shopify Inc. shares. The unusual price action may be due to trading by Citadel Securities.

From a new report by New York Magazine:

On March 18, a weird thing happened at the New York Stock Exchange. It was near the end of trading for the day, one minute before the closing bell had rung, when the price of Shopify’s stock went haywire, shooting up about $100 per share to $780 before immediately crashing down again in post-market trading. There was no sudden revelation about the business that would have caused it to jump.

Citadel seems to be behind this unusual activity. The firm had bought large blocks of the shares for a client that afternoon, resulting in an imbalance between buy and sell orders.

Next, rather than trying to bring more sellers into the market to balance it, Citadel appears to have taken advantage of the situation:

Because the amount of buy orders was so out of whack, Citadel was able to sell into the market — a move that’s allowed by the exchange. Other Wall Street players have said that Citadel could have done more to bring more sellers into the market. Either way, the price of the shares rocketed up about 13 percent in the final minute of trading, before immediately tumbling down in after-hours trading.

What exactly happened is murky, but early reports suggest Citadel dumped shares to other market participants right before the close. These bag holders quickly took a substantial loss.

There is no indication that what Citadel did was illegal or even necessarily against NYSE rules. But the function of a market maker like Citadel Securities is to ensure a liquid, functional market, not engineer giant swings in a stock for its own benefit.

I find it telling that Citadel is finding itself under scrutiny from many directions at once.

Its Surveyor Capital unit is caught up in a federal probe of short sellers. Citadel Securities faced a lawsuit after its partner, Robinhood Markets Inc, halted trades in meme stocks. (That suit was later dismissed.)

Now the NYSE is probing Citadel’s trades. If I were Ken Griffin, I’d be concerned that my company is getting too close to the regulatory and legal line.

What do you think the NYSE will find in its investigation? Leave a comment at the bottom and let me know!

Short Squeezes Could Get Much Easier Under This New Rule

This platform lets me diversify my real estate investments so I’m not too exposed to any one market. I’ve invested since 2018 and returns have been great so far.

If you decide to invest in Fundrise, you can use this link to get your management fees waived for 90 days.

My wife and I have gotten organic produce shipped to our house by Misfits for over a year. It’s never once disappointed me.

Every fruit and vegetable is super fresh and packed with flavor.

I thought radishes were cold, tasteless little lumps at salad bars until I tried theirs! They’re peppery, colorful and crunchy!

Use this link to sign up and you’ll save $10 on your first order. 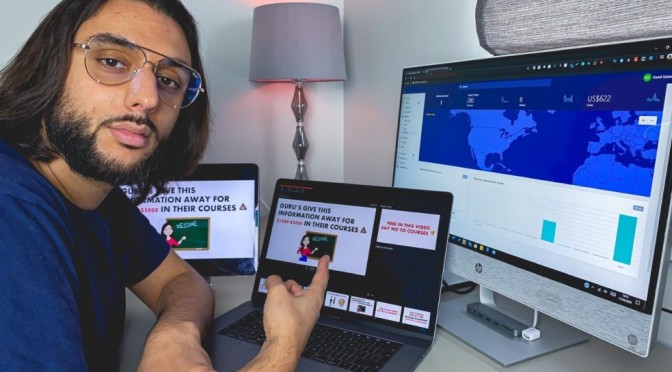 As a teenager, Kamil Sattar knew he wanted to work in business. But he dropped out of his college’s business program during his second year when he said he realized, “I wasn’t actually learning how to do business. I was learning how to work for someone else’s business and make them money.”

His online store has pulled in $1.7 million in revenue this year alone. Sattar sells products online that he sources from manufacturers. Another company holds and ships the actual items. This is called drop shipping.

Drop shippers use wholesale marketplaces like AliExpress, which is owned by Alibaba, China’s largest e-commerce site. AliExpress sells every category of goods, from apparel to luggage and yoga mats, for shockingly cheap prices. Drop shippers then identify products they think will be of interest to consumers. Once they find a product, they advertise it on platforms like Facebook and Instagram with high-quality photos and video, and if a customer bites, they handle getting the product from the supplier to the customer.

This market is growing like a weed. Drop shippers clocked $102 billion in sales in 2018 and the growth rate through 2025 is projected at 29% a year, leaving physical retail in the dust.

This makes me wonder what other aspects of the retailing experience will be unbundled and done by specialists in the future. Perhaps one company does the online promotion while another focuses on maintaining a usable, scalable website?

For more on markets and the economy, check out these posts:

If you found this post interesting, please share it on Twitter/LinkedIn/email using the buttons below. This helps more people find the blog! And please leave a comment at the bottom of the page letting me know what you think and what other information you’re interested in!