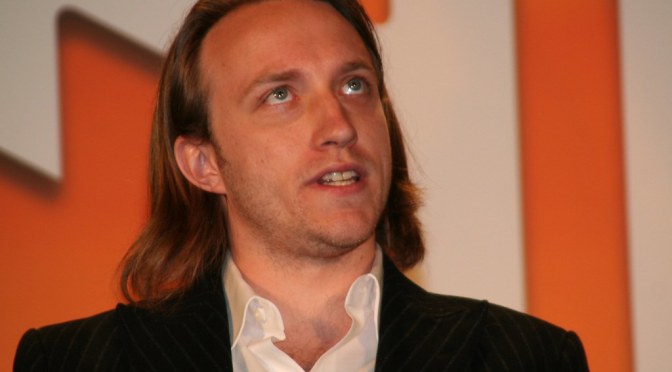 Launched June 11. Has already overtaken all previously existing competitors and is now the dominant player in the space.

But as summer turned to fall in 2005, YouTube was just a three person company run by talented but obscure engineers. But someone saw their potential.

Roelof Botha of Sequoia Capital led seed and series A investments in the company, one of the great bets of all time. It sold for $1.65 billion to Google just a year later.

The original deal memo Roelof wrote in September 2005 was made public in its entirety via a lawsuit. As an angel investor, I was fascinated to read it this morning.

So how did Roelof and Sequoia know that this tiny company would be a huge success? Actually, given the data they had, it was surprisingly obvious.

YouTube’s traffic was exploding. In about 2.5 months, it had gone from 0 to far larger than its biggest competitors, Vimeo and Dailymotion.

Over the prior 3 months, page views had grown at a compounded monthly rate (CMGR) of about 140%. To put that in perspective, I’m quite impressed when I see anything over 20% for an early stage company.

With those metrics, almost anyone who had access to the deal would’ve invested. You don’t have to double every month that many times until you have something huge.

Just as clear as its traction was YouTube’s value proposition:

If you can’t summarize your startup’s mission as cleanly as this, keep trying!

Roelof also could see where the market was going, as opposed to where it was. In 2005, broadband adoption was exploding and cameras were popping up on every device.

The only thing missing was a way to share all those new videos. YouTube completed the puzzle.

Interestingly, Roelof had worked with one of the co-founders at Paypal before joining Sequoia. It may be his network, rather than ability to read the tea leaves, that gave him the inside track to investing in YouTube.

I think the biggest risk for an investor reading this deal memo would be to not put enough money in. You don’t see companies more than doubling every month very often.

When you do, it’s time to go big or go home.

Why I Just Invested in Capbase, The Startup in a Box

Photo: “Chad Hurley” by jdlasica is licensed under CC BY 2.0

If you found this post interesting, please share it on Twitter/Facebook/etc. using the buttons at the bottom of the page. This helps more people find the blog!

If you’re approved for this card, you get a $100 Amazon gift card. You also get up to 5% back on Amazon and Whole Foods purchases, 2% on restaurants/gas stations/cell phone bills, and 1% everywhere else.

Best of all: No fee!

This platform lets me diversify my real estate investments so I’m not too exposed to any one market. I’ve invested since 2018 and returns have been good so far. More on Fundrise in this post.

If you decide to invest in Fundrise, you can use this link to get your management fees waived for 90 days. With their 1% management fee, this could save you $250 on a $100,000 account.

My wife and I have gotten organic produce shipped to our house by Misfits for over a year. It’s never once disappointed me. Every fruit and vegetable is super fresh and packed with flavor. I thought radishes were cold, tasteless little lumps at salad bars until I tried theirs! They’re peppery, colorful and crunchy! I wrote a detailed review of Misfits here.

Use this link to sign up and you’ll save $10 on your first order.