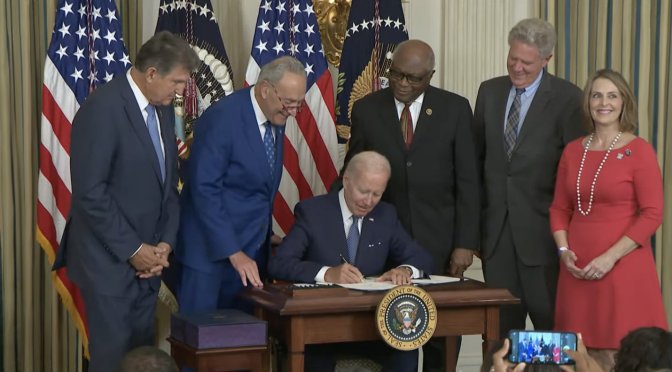 My appointment got cancelled, so I get to spend the afternoon with you guys! And we’ve got some big news…

As founders struggle with a down market, one corner of startupland is flush. Climate startups raised record funding in the second quarter.

From a report out this morning on Bloomberg:

Carbon and climate startups have attracted record investments at a time when other industries are struggling to tap funds from venture capitalists.

Buoyed by corporate and government pledges to cut greenhouse gas emissions, a record $1.4 billion poured into climate and carbon-focused startups in the second quarter of this year. That’s in stark contrast to the broader market for venture funding, which faces its largest quarterly percentage drop in nearly a decade, according to CB Insights.

These startups have an incredible tailwind: $369 billion in government climate funding.

There are billions of dollars for batteries, reducing emissions, and reforestation. A small portion of one of these categories is enough to make a $1 billion startup.

I had a front row seat when huge government subsidies hit another part of tech — medical software. Before I became an investor, I worked on one of the leading platforms, Epic.

When the 2009 stimulus pumped $25 billion into the sector, everything went bonkers.

My phone started ringing off the hook with recruiters. And I started making a lot more money.

I wasn’t any better at the job than I was before the bill passed. But all that government money had to go somewhere.

Climate tech is about to be hit by the same kind of cash tsunami. And if you’re standing anywhere nearby, you’re going to get wet.

I favor SaaS products with a positive climate impact. Think software to reduce a truck fleet’s fuel economy, for example.

No scientific breakthrough needed, no messy and low margin “stuff,” just a proven business model applied to a new area. And it sells itself — even a climate change skeptic wants to save on fuel!

I actually just invested in a climate tech company a couple of months ago. (I’ll give you more details when the deal is announced.)

What do you think of climate tech? Leave a comment at the bottom and let me know!

I’ve used Misfits for years, and it never disappoints! Every fruit and vegetable is organic, super fresh, and packed with flavor.

2 thoughts on “Record Funding for Climate Startups in Q2”