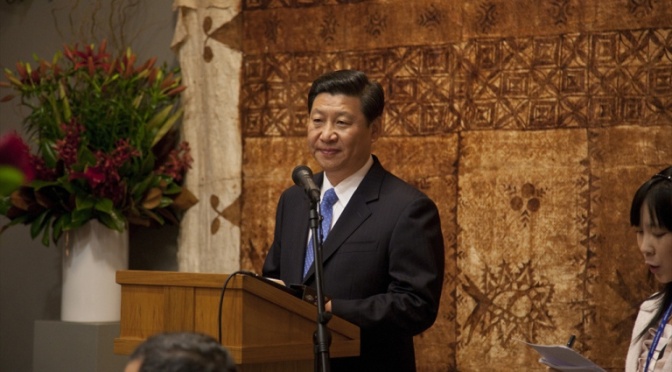 Major news out of China as over 1,000 protestors in Zhengzhou demanded their savings back:

There are runs on several Chinese banks. The depositors, desperate not to lose their life’s savings, are taking great risk to speak out.

From the Indian Express:

In a rare large protest in China, over one thousand angry bank depositors, who have been protesting for access to their frozen funds, faced off with the police in Henan province leading to a violent clampdown Sunday.

Depositors of four rural banks in this central province have not been able to withdraw their funds since April. Sporadic protests have been going on since May.

Many smaller Chinese banks promised high interest rates to attract deposits. They advertised those rates on platforms run by Chinese tech giants like Baidu and JD.

Now, these small banks are finding themselves unable to pay those high rates. Worse yet, some banks have been infiltrated by criminals who are siphoning money out:

In the present case it is being alleged that these banks attracted deposits by offering attractive terms and high interest rates. A report in the South China Morning Post in May said that while Bank of China offers 2.75% a year interest on five-year deposits, the found banks in question were giving around 4.5% a year on their deposit products through third-party platforms.

Also, a statement by the Henan police on July 10 said that a criminal group had gradually taken control of several rural banks and was moving out funds.

Behind the peril facing Chinese banks is a weak economy. Intense COVID lockdowns this year have hammered economic activity.

An overheated property market is also crumbling. This has triggered defaults at major property developers, including Evergrande.

Something interesting happens when people see depositors struggling to get their money out. They start wondering about their own bank.

This is how a contagion could spread through the Chinese banking system. Cue It’s a Wonderful Life, without the happy ending.

The Chinese government’s violent repression of small savers in Zhengzhou may be just the beginning.

China is in a sensitive period. The 20th Party Congress, enormously important to the Communist elite, happens in November.

At that meeting, Xi hopes to secure a third term in office and effectively become leader for life. He and his underlings are likely to repress any “disturbance” during this time.

Already, China’s massive surveillance apparatus is being turned on these small savers.

Zhengzhou protesters have had their “health codes” turned off. Without the green QR code on their phones, they can go nowhere and do nothing.

The health code system was created to stem COVID. Predictably, it’s now being turned against dissidents.

I’m not a particularly religious man, but this Orwellian act reminded me of a passage from the Bible:

I hope these decent, hardworking people will get their life’s savings back. I also hope we always resist this type of tyranny here at home.

What do you think is next in China? Leave a comment at the bottom and let me know.

2 thoughts on “Mass Protests in China as Bank Runs Continue”