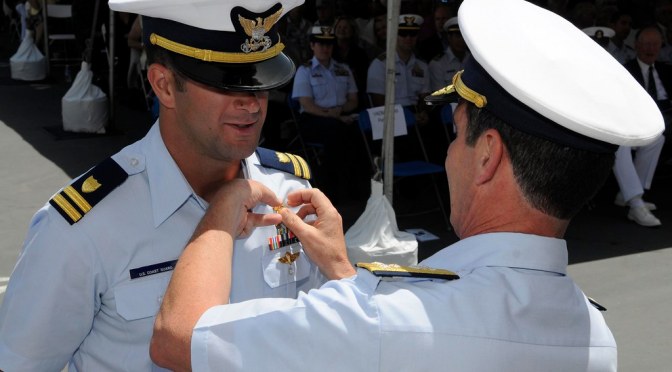 That’s Thomas ‘Drago’ Dzieran, who left Communist Poland in the 1980’s for freedom in America and became a Navy SEAL. His path to the teams is singular.

Drago began to oppose Communism at an early age. He refused to learn Russian in school and was promptly hauled to the principal’s office. The principal explained to him that if he refused again, he could be taken from his family and sent to a foster home.

This did not stop Drago from questioning the Communist system. He listened secretly listened to the BBC on the radio, a highly illegal act. There he learned that the Communist government was killing people in Poland. He covered himself in blankets to dampen the sound as he listened, but his mother scolded him to use even more blankets and pillows lest a neighbor hear. If anyone heard, she could go to prison.

But Drago didn’t need a radio broadcast to tell him things in Poland weren’t right:

“I was always cold in Poland because we didn’t have good clothes.”

Privation was the norm, and he often went to school hungry. He took to assaulting the children of high party members, who were well fed. If you want to eat tomorrow, bring two sandwiches, he told them.

As a young man, Drago found himself in a Polish prison for printing anti-Communist leaflets. When released, he emigrated to the United States, and found himself resettled in Memphis, Tennessee by a refugee program.

The luxury of America amazed him. He had never seen air conditioning before, and found himself particularly mesmerized by American grocery stores. The cereal aisle had so many choices, and the packages were so attractive, he decided to try one. And another, and another. Soon, his cart was full of 50 boxes of cereal! But he couldn’t stop his curiosity:

“I didn’t even know what a cereal was.”

After a stint as an auto mechanic, Drago was looking for a way to serve his adopted home. He settled on being a Navy SEAL, but at 32, he was at least 4-5 years beyond the typical age limit. No matter. He powered through the qualification tests and insisted on being allowed into BUD/S. Drago later distinguished himself as a SEAL during the Iraq war.

Drago’s commitment to freedom continues today, as the founder of a censorship-free social network called Connectzing.

What really struck me in this interview was Drago’s perseverance, along with the stark differences between the United States and where he comes from. On living conditions in Poland under Communism:

“I would trade my life in Poland for prison here.”

After all, they get food and medical attention! That’s better than he got much of his life.

Drago says he owes everything to America, and that’s equally true for those of us who are native born. Let’s seize the opportunity, remembering these words:

“This is America. You can be whatever you’re able to be.”

For more on leadership and service, check out these posts:

Photo: “Navy SEAL Graduation” by uscgpress is licensed under CC BY 2.0